While you can customize your scores, YvesBlue offers a default quantitative score you can use for comparison
H
Written by Heather
Updated over a week ago

YvesBlue set out to create a more transparent approach to scoring ESG Data. The YvesBlue Public Equity ESG score consists of a purely quantitative and succinct set of ESG metrics for each pillar sourced from 450+ Refinitiv indicators. It can be used for comparison or in conjunction with other scoring methodologies or just used on its own. It is also for combining with other scoring and analytics provided by YvesBlue. The following describes the steps taken to provide the pillar and overall scores at the instrument and portfolio levels.

Data that gets used in the final scoring process can be in one of three states:

I. ESG Pillar Metric Selection and Data Cleaning and Prep: 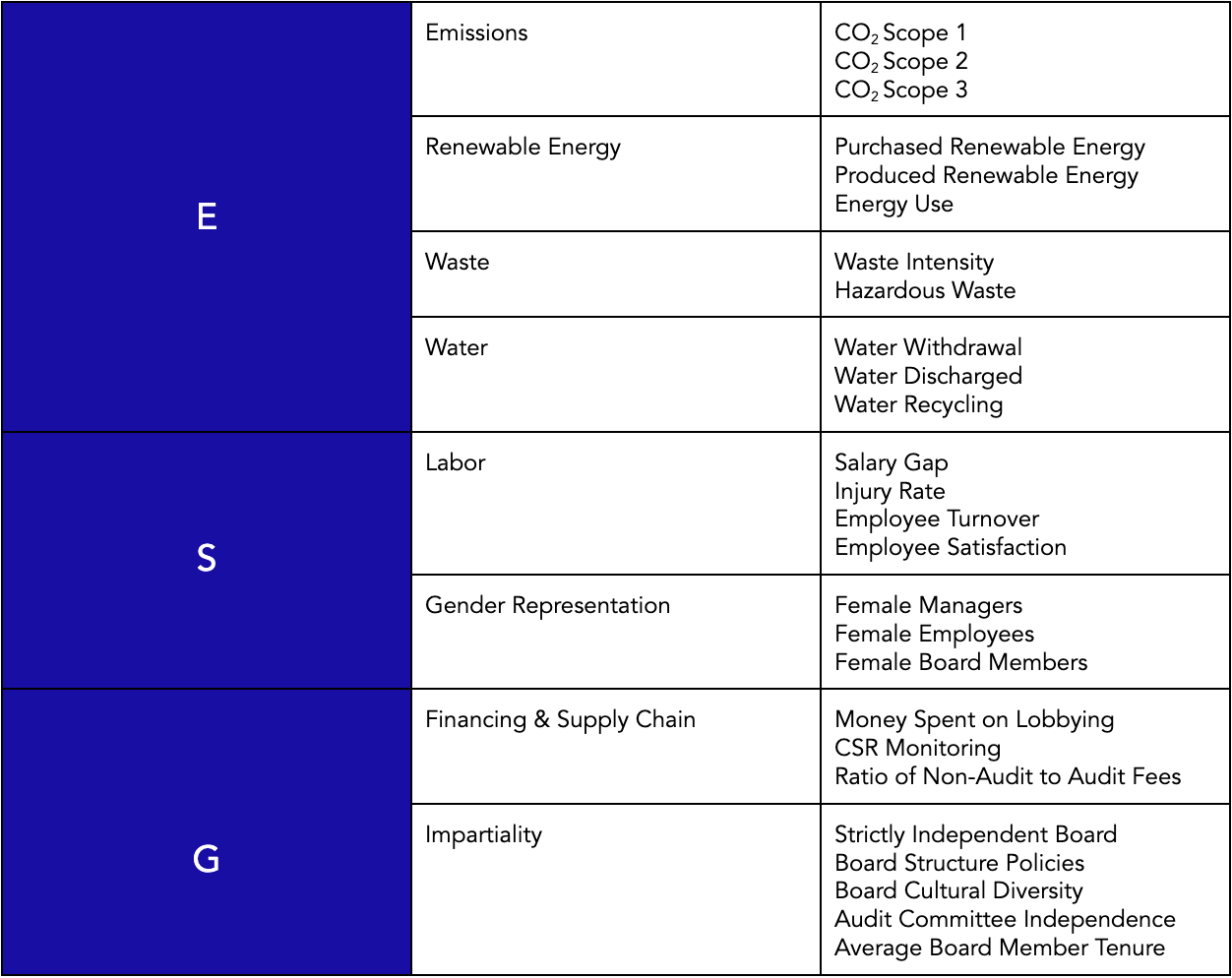 The reported raw metrics are converted to USD and normalized per $1 million of company revenue unless the metric does not scale with company activity.

Sometimes a current year’s worth of data for a company has not come in yet or the company is a few periods behind in reporting. The data is filled in with the most recent reported data up to 5 years.

For companies that have not reported anything over the last 5 years for a given metric, there is a process in place to give the best estimation. The value is modeled by creating an estimation set or group of companies that provide the greatest amount of data per company for the field in question.

The standard score, also called the Z-score, helps to make unlike data usable for operations like averaging or summing across.

Below is a high-level view of the contexts we develop in order to model for missing values. All companies in our database are categorized into estimation sets or “contexts” that allow us to apply a median value for a missing datapoint.

Data that gets used in the final scoring process can be in one of three states:

Polarity: When a high value requires a low score

Modeling: When a field is not reported by a company and there is no data from previous years to fill it in, the medial value for companies of the same industrial activity and market cap is used. Where there are not at least 32 companies in that basket, the process moves to take the median from a bigger basket of companies, escalating and widening the context until there is an appropriate number from which to derive the median. 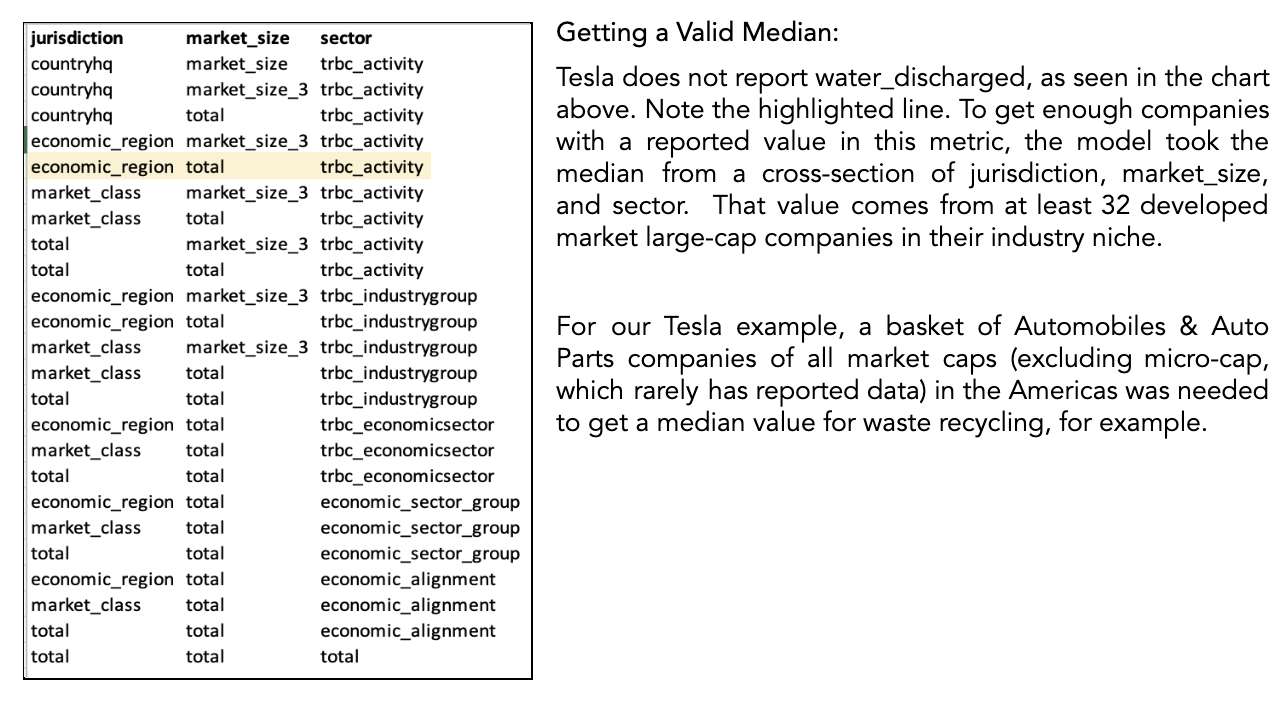 Normalizing: Finally, the values for each indicator in each pillar, whether they be reported, backfilled, or medians, are averaged, z-scored, outliers are controlled and given a sector rank, and the z-score is normalized to 10.

* Challenges with this data include:

Did this answer your question?